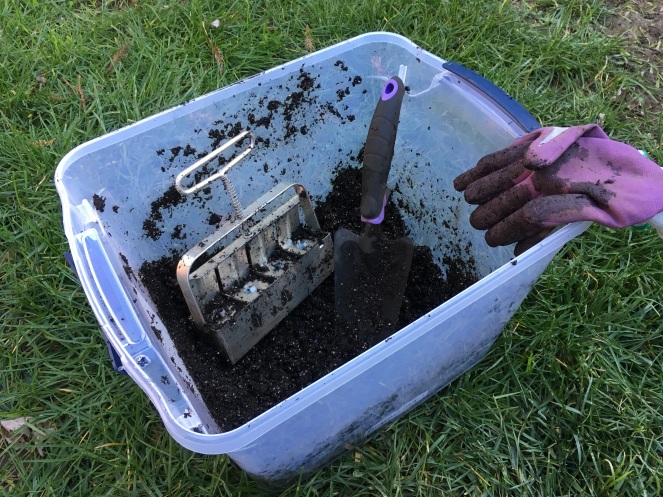 Last year my summer garden didn’t go as well as I had hoped. I think the main reason being that I started things too late. By the time my plants started flowering and fruiting we were experiencing 100+ temperatures daily, so the poor guys were never given the chance to thrive. Lesson learned.

This year I’m starting things early. In fact, this weekend I already started planting seeds for my summer garden! As someone who grew up in western New York – where it could snow well into March – the thought of starting a summer garden in January is insane. But it actually isn’t that early for my current location in California. There is a 50% chance that the last frost in my area will occur by February 27th. My plan is to not transplant any seedlings before then. I want to keep my seedlings indoors for 8 weeks before transplanting them outdoors, which brings me to January 2nd. So here we are: January 1st and I got my first set of seeds started indoors.

I have two greenhouse flats, each can hold 50 blocks of soil. In those 100 soil blocks, I’ve got: San Marzano tomatoes, eggplants, chile peppers, sweet peppers, 18 different herbs, and 5 different flowers. Each greenhouse flat sits on its own heating mat on a small table in front of south-facing window, and I keep a clear vinyl shower curtain draped over them to keep things humid.

In less than 12 hours after planting my seeds I already got my first little seedling! Let’s hope this is a sign of all the good things to come.

3 thoughts on “A New Year, A New Garden”